Casinos Are Not Cashing In on Hype 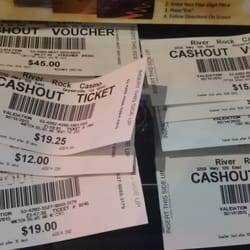 Cashing out might be exactly the rush you need.

So you have a few dollars in your pocket and are looking for some excitement and glamour. You want to go where the ‘In Crowd’ is going. You probably think that the local casino has it all. The lights and sounds as slot machines announce another lucky winner or the adrenaline fueled crowd reveling in a long-shot paying off. Don’t bet on it.

Casinos are not the big dollar draw that they used to be and, unfortunately, Maryland, like many other States across the country, gone all in on casinos. Recently Horseshoe Casino opened in Baltimore, becoming the fifth in-State casino destination. Prior to the grand opening, projections of estimated monthly revue peaked at around $28 million dollars. So far Horseshoe is underperforming at roughly $23 million dollars per month. This translates to a ‘loss’ of about $20.4 million dollars to Maryland’s Education Trust Fund.

Baltimore is not the only city that has issues with underperforming casinos. Oversaturation seems to be endemic wherever new casinos are established. Gaming USA recently reported that cities with new casinos from New Orleans to Cincinnati and Cleveland are all returning less revenue than anticipated. Among the reasons for this lack of success are older, established gambling houses are able to successfully compete with the newer casinos. And that casinos that are located within city limits do not draw as widely from the suburbs.

Chad Beynon, an industry analyst with Macquarie Securities, cited an age-old maxim that suburbanites tend to avoid traveling to the ‘big cities’ because of the perceived lack of safety. Casinos are also competing with entertainment venues located outside city limits, whether the competition is another gambling facility or a sports stadium. Suburbanites no longer have to look to the cities to fulfill their entertainment desires.

Even though newer casinos are underperforming, they can still be viable moneymakers, as long as anticipation meets realistic goals. Horseshoe Casino recently stated that the Baltimore facility actually performed to expectations, and that they have hired 1,900 employees, mostly Baltimore residents, that catered to the approximately 5 million clients that visited the casino during its first year.