Casino Workers in Atlantic City Threaten to go on Strike 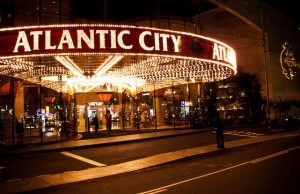 Atlantic City’s casino workers union Unite-HERE is threatening to go on strike against five of the city’s eight casinos starting from 1 July unless a new contract is reached over employee benefits and compensations according to Yahoo Finance.

Local 54 of Unite-HERE is representing a workforce of 10,000 solid members and it is threatening a complete walk-out from Bally’s, Caesars, Harrah’s, Tropicana and Trump Taj Mahal, while three other Atlantic City casinos – Borgata, Golden Nugget and Resorts – will not be affected by strike.

Casino workers are claiming their promised 2014 compensation packages by the casinos which had suffered downturns at the time.

A walkout of such a strong working force would hurt both the casinos and union members, who are risking being permanently replaced by the casinos who have just started to gain their footing back after seeing four of the 12 operators shut down in 2014.

Casinos have since then recovered from a downturn, but Atlantic City operators face continued tests due to New Jersey State’s fiscal difficulties. Additionally, independent casinos closer to bigger cities have pinched a large number of players which has also been a blow for Atlantic City casino operators.

The union emphasizes that it had negotiated that compensations would be repaid at a later period, once the casinos have stabilized their earnings and that employers need to fulfil their promises.

Union leaders detailed that they had amassed significant ‘strike-fund’ to pay Local 54 workers for a number of days, which would ultimately impact the casino’s revenues.

The Union’s last strike in 2004 lasted 34 days and there is no measuring to the impact such a long-term walk out would have on the city’s casino industry.