Casino robbery in France sparks a stampede of 700 people 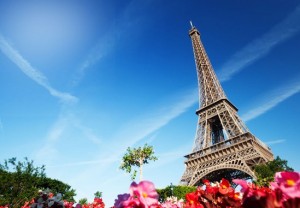 Still wounded by the last year’s terrorist attack, France was hit by another incident yesterday which police confirm was definitely related to terrorism. France is still reeling from the Islamist shootings and bombings that killed 130 people in Paris in November and the country is still in the state of emergency.

Regional police chief Laurent Nunez reassured the public telling AP the incident was “absolutely not a terrorist act” according to Ibitimes.co.uk.

Still, it left the nation on the edge once again as the four-man armed gang robbed a casino in Aix-en-Povence in Southern France. The robbery took place at around 2am on Saturday morning with 700 clients trying their luck at the “Pasino”.

The four men burst in and fired warning shots with their Kalashnikov rifles, shooting up at a glass roof.

Afraid they were being targeted by a terror attack, people fled for their lives, sparking a panicking stampede of 700 which left several injured in the crush.

People were trampling over each other and in a split second there was a movement of panic through the entire casino as people were throwing themselves under tables.

When firefighters arrived at the scene they had to treat around a dozen people who were injured during the stampede or left in shock by the panic. Jean Marc Barre of the local fire departement said 15 people were evacuated with injuries.

The casino reopened yesterday under extra security. According to reports the robbers only escaped with of around €3,000 and they are still on the run.

A car with several guns was stopped by Spanish police yesterday and initial reports suggested the arrest was linked to the casino robbery, but this has since been denied.