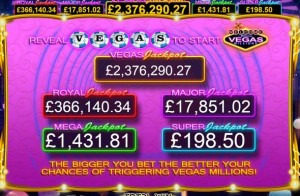 A Scottish teacher from Western Isles became a millionaire overnight as she scooped the huge win after playing the online slots game on Valentine’s Day.

The single mum in her 40s has beaten the odds of more than a million to one to bag the £2.5 million prize on a casino game Festival of Lights Vegas cashing in on a £50 bet.

She even became William Hill’s biggest ever online payout and the amazing prize comes only three months after she collected £30,000 with the same bookies in a different game.

“This, by our reckoning is the biggest sum that a William Hill customer has ever won. It is an incredible, life changing sum of money,” a spokeperson from William Hill said according to Scottish Daily Record.

Mum to a seven-year-old son will spend her amazing sum of money on a kitchen extension and a dishwasher.

“I am stunned, you play hoping to win a couple of quid, not a couple of million,” she said of her winnings.

She has also already booked a trip to Disney World for herself and her son.