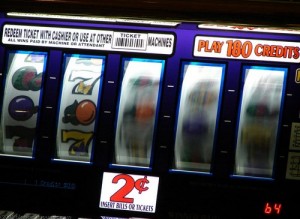 Having approved measures to ratify a deal Gov. Rick Scott negotiated with the Seminole tribe of Florida, the Sunshine State’s lawmakers have made their first step towards allowing slots in Palm Beach County.

The House Regulatory Affairs Committee voted 12-6 on Tuesday, approving the 20-year gaming compact that sees the state get a $3.1 billion revenue guarantee in a period of seven years.

“It’s the largest compact in the history of the state. The numbers are indeed staggering,” said Rep. Jose Felix Diaz, R-Miami and sponsor of the House bill according to My Palm Beach Post.

The first hurdle was cleared in the Florida House as the Seminole casinos will now be allowed to operate table games such as craps and roulette, while the Palm Beach Kennel Club would be cleared to run 750 slot machines and 750 video racing machines at its property on Belvedere Road in unincorporated Palm Beach County.

The Kennel Club is expected to spend $100 million to build a new casino which would hire up to 2,000 workers.

Approving the gaming compact was a successful first step for the tribal gaming community in the House of Representatives. It was a different story in the Senate though, as Florida senators decided to hit pause and postpone the hearings related to the Seminole compact and other gambling bills.

As things continue to linger in uncertainty, the compact is giving the state’s pari-mutuel betting operators in Broward and Miami-Dade counties the option of adding blackjack to their slots operations in the future, in a bid to keep some of the other major stakeholders happy.