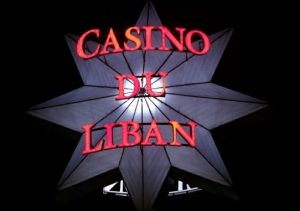 The only Lebanon’s casino – Casino du Liban – has officially made steps in efforts to rise back from the ashes and restore some of its former glory.

First opened in 1959, Casino du Liban has long been the luxurious casino resort with its Mediterranean appeal as a strong incentive and appeal which went on strong until the end of Lebanon’s Civil War.

Re-opened in 1995, the casino has undergone a major overhaul under the guidance of the owners – London Clubs International, but once the favourite venue is far away from getting back on its feet as it struggles to stay afloat.

The government stepped up their efforts to help the casino back in 2013, by blocking international online gambling sites who were seen as harmful for Casino du Liban’s profits. Despite the fact it holds the monopoly over the gambling activity in the country however, Casino Du Liban has been forced to look for alternate ways to help increase the business volume.

Therefore, the casino’s management has launched an official project that is aimed at venturing into the online gambling market.

Casino du Liban launched a public tender last week, which will remain opened until 19 January, with interested parties still having some time to submit their applications. Bidders and potential technical partners must showcase experience in the online gambling technology, in addition to providing sufficient means to overcome financial stipulations of the tender.

The applicants are required to commit themselves to investing at least $15 million into the online platform.

What is more, the applicants must demonstrate that they are currently generating revenues of at least $650 million, 75% of which should be accumulated through gaming and gambling.

The new online platform is supposed to offer “all forms of gaming and sports betting” for the casino in a country which is yet to present and adopt any laws related to online gambling regulations.