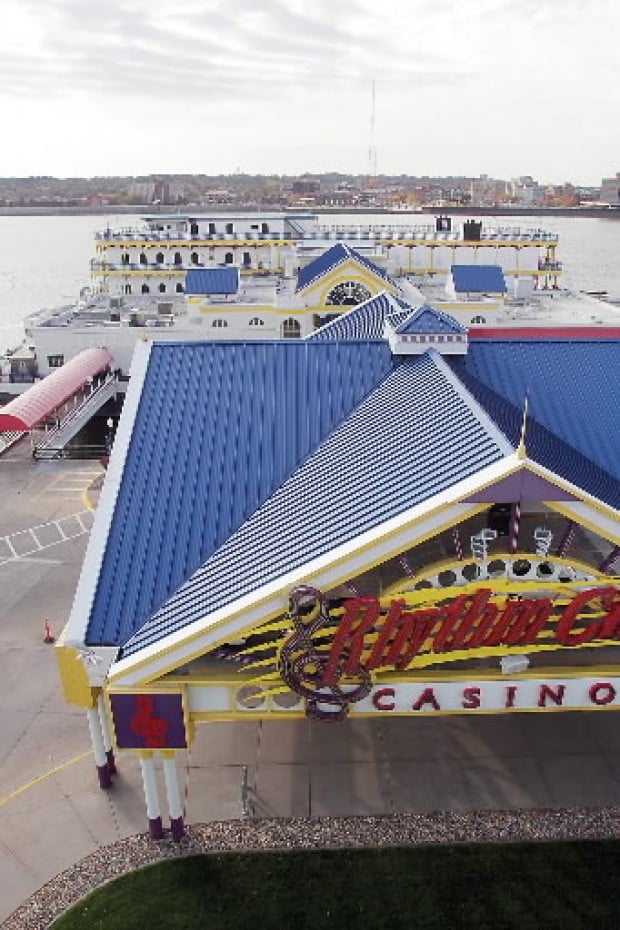 Casino has been sold

The casino which has been known as the Rhythm City Casino that has been docked on the Davenport Riverfront for 15 years has been sold.  This floating casino may have plans in its future to become a floating restaurant by the group of buyers that purchased it.  This riverboat is planned to depart the riverfront about the same time that the new land based casino is set to open its doors located at Interstates 74 and 80 in May of 2016.
This Floating casino has been sold to an unknown group of purchasers that are from Memphis, yet the barge that still occupies the riverfront was not part of the deal that was made and is still open to buyers.
The way that it is understood is that the unknown buyers have plans to possibly convert this floating casino into a floating restaurant.  This has been a brokered deal which has been in the workings since the Kehls acquired Rhythm City knowing that they would have to dispose of the vessel. February of 2014, when RC Casino LLC which also included Riverside Casino Owner Dan Kehl purchased Rhythm City from the Isle of Capri.
This floating casino, Rhythm City was named Treble Clef prior to be converted from an excursion boat to a floating casino, which replaced The President back in 2001.  The President was the very first gambling boat to moor in Davenport which opened in April of 1991.
The renovation of taking this boat from the Treble Clef an excursion boat to the now famous Rhythm City gaming boat was around 23 million dollars.  Although it is known as Rhythm City this vessel is still currently registered under the name Treble Clef.
Now that they are planning a new land based casino the cost of this new project is going to run about 110 million dollars.