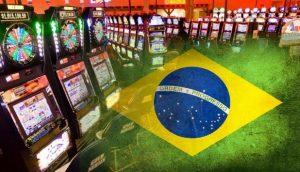 South America’s largest country and one of world’s fastest growing economies before 2014, Brazil is still some way off from legalising casino activities but appears to be making huge steps in the right direction.

The country came close to introducing legalised fixed-odd sports betting, but former president Dilma Rouseff vetoed a bill passed by Congress before the country fell into a recession in 2014 to see all efforts thwarted.

Legislation to allow gambling returned to the Senate in December 2015 when Bill 186 was approved to authorise up to 35 casinos, video lottery and other electronic games, casino, bingo games and online sports betting.

Outlawed for the last 70 zears, gambling edges closer to being officially approved with Senate’s Special Committee on National Development giving the nod to the gambling legislation last week, moving the Bill to the chamber’s floor.

As a country currently going through the fiscal turmoil, Brazil is making huge efforts to advance with the Bill 186 which will help the highly popular Jogo do Bicho, lottery run by criminal groups, emerge from obscurity and gain legal status together with bingo halls, horse racing wagering and internet gambling.

It is estimated that the legalisation of casino gambling would help Brazil’s troubled economy by generating new tax revenues in excess of over $4 billion on Jogo do Bicho alone and additional $3 billion in casino tax revenue.