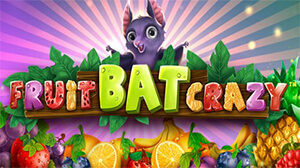 The Betsoft title is a modern take on a traditional fruit machine.

One of the leading creators of mobile-friendly online casino games and 3D slots Betsoft Gaming has announced the launch of the latest addition to its extensive portfolio.

Betsoft Gaming brings a completely new take on traditional cascading games, as this slot will allow punters to build their winning combinations and then destroy them in a single and quite lucrative move.

Everything starts with creating clusters of low-value symbols, with smaller winnings activating their own cascades. In the meantime, the bigger wins are calculated, waiting for the players to grab them.

As the name of this game suggests, players will encounter a bat on the reels and when three or more symbols featuring this creature appear simultaneously, a whole bunch of them will fall from the threes in more than 10 free falls. These “free falls” can be purchased at any time during the game, while a special coin symbol appearing across the play session can reduce the costs of this buy-in, or even make it completely free.

A Traditional Slot Game with a Twist

Commenting on the launch of this game, Annamaria Anastasi, Marketing Director at Betsoft Gaming, said the company's objective was to bring its unmistakeable touch to what looked on the surface like a traditional slot game.

She pointed out that from its loveable central character and exaggerated artwork to its innovative approach to combinations and cascades, Fruit Bat Crazy was an all-new experience that would excite and engage both new audiences and seasoned players.

Fat Bat Crazy is another Betsoft Gaming's title developed using the company's single-core cross-platform SHIFT environment. Now in its second generation, SHIFT 2.0 enables the same quality of gameplay across a wide variety of both desktop and mobile devices. Thanks to SHIFT, players can enjoy the superb quality of sound and graphics, while the overall experience remains smooth.

Over the past decade, Betsoft has earned a reputation as one of the world’s premier producers of high-quality online gaming products, offering an unparalleled level of service to players around the world.