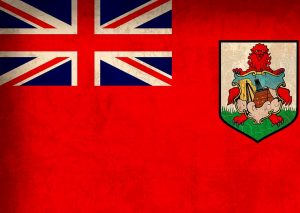 The Bermuda Parliament members have given thumbs up to the 2016 Casino Gaming Amendment Act pushing the island one step closer towards legalizing casino gambling.

The British overseas territory of Bermuda’s Senate had first sanctioned the introduction of the gaming debate which preceded the vote on the Casino Gaming Amendment Act last week.

Casino gambling is once again a subject in the country, which first touched the topic in 2014 when the Casino Gaming Act was approved, subsequently leading to three casino licenses being approved.

The matter is now back on the table following the two-year break as 11 members of the Senate passed the 2016 Amendment, which stipulates that international investors will be able to establish at least three casino resorts in Bermuda touristic areas.

The authorities are expected to set the conditions for the beginning of the casino construction in the following months, whereas the Amendment Bill also contemplates the establishment of The Problem Gaming Council which would act as a regulatory body for the new market.

“The government amended the Casino Gaming Act of 2014 to establish a three-step process toward obtaining the three gaming licenses the country plans to give out,” Bermuda’s tourism minister Michael Fahy revealed.