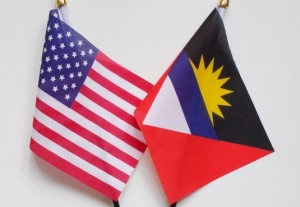 Just like it was announced by the Antigua Observer on Christmas, an end to the long-standing online poker dispute with US is on the cards.

The two countries have reportedly agreed to an arrangement over revenue with the Antigua and Barbuda Foreign Affairs Minister Charles Fernandez reportedly claiming that the country’s government has reviewed a new proposal from the United States.

Although the specifics of the agreement are yet to be disclosed, the deal will resolve a dispute which dates back to 2003 when the US authorities shut down the online betting business in the island country in the Caribbean.

The United States justified their move claiming that they had the responsibility to block the international sites in order to reduce problematic gambling behaviour and protect domestic online operators, despite Antigua’s claims that its regulated online gambling sites contributed $3 billion to the US economy.

Antigua and Barbuda consequently filed a complaint to the World Trade Organization (WTO) accusing the States of unfair discrimination towards this country’s online gambling sites.

The WTO ruled in favour of Antigua and Barbuda’s cause and demanded that the US paid an annual fee of $21 million to recuperate the losses incurred by the ban. However, the United States are yet to pay their debts.

Contrasting to the stance that was held up by the previous government, the current Antigua’s hierarchy led by the Prime Minister Gaston Browne took a more conciliatory approach, offering to cut the US debt in half and find the solution to the ongoing predicament.

With no further details to the deal, it is being reported that the solution to the problem could be found as early as by the end of January 2016.