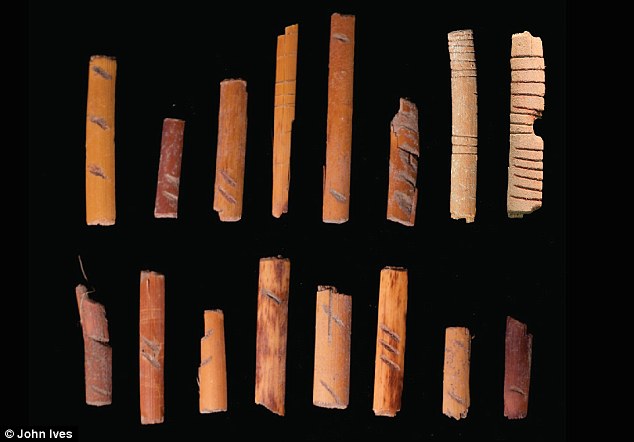 Old casino was discovered, showing proof of gambling in the past.

Native American gambling originated prior to 1988. Recently archaeologists in Utah have discovered a cave by the Great Salt Lake that is reminiscent of an ancient Indian casino. Venturing inside the structure, scientists discovered a number of antique dice, carved sticks, hoops and darts, these artifacts are believed to be over 800 years old. These gambling effects belonged to the Promontory people, which were related to the Apache and Navajo tribes. Finding these mementos could mean that contrary to popular belief, the Promontories were actually well off and didn't struggle for money. They had time to relax and hang out at the casino. This evidence suggests that gaming played a huge role in the cultural aspects of indigenous American tribes, even before the excitement of Las Vegas came into fruition.
Professor and archaeologist Jack Ives sees this discovery as enlightening, stating “This to me can be seen as the intersection of three factors, [which are] remarkable preservation, a cave population that was thriving during its 20 to 40-year stay, and a real cultural predilection for gaming activities.” Mr. Ives thinks casino games were important in the social structure of Promontory culture. They may have even been played to settle arguments among their own tribe, or other tribes such as the Fremont people. Another archaeologist Gabriel Yanicki believes gambling was also taken more seriously than just a means for recreation. He says- “In cases of gambling for very high stakes…gambling took place between members of different social groups, sometimes in lieu of more hostile interactions, such as warfare.”
Of the gambling items collected, a few lead to suggest an established trading culture with different societies. There's a die discovered that was crafted from beaver tooth and wrapped in sinew, the Klamath people of the Oregon coast were known to craft items similar to this. Some of the other artifacts could have traveled great distances from British Columbia and Colorado. The precise area of the cave is not being disclosed as a preventative measure against looters. Native Americans and tribes have a long history with using gambling for various purposes.