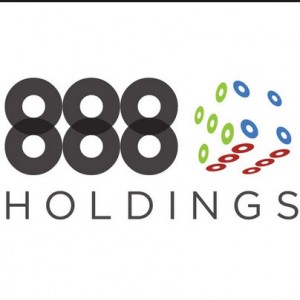 An increase of 20% in average daily revenue was recorded in the first months of 2016 compared to the same period a year ago.

What is more, company’s customer base and revenue both expanded rapidly in 2015, with a 13% increase in registered accounts and revenue surge of 12% to $508 million, according to Financial Times.

Company’s shares went up 2.2% and 888 Holdings claim it was their market share in Spain recorded a significant grow over the past calendar year, following the introduction of slot titles and the lauch of a sports betting website in the country.

888 Holdings report a continued progress and growth in Italy, while additional increase is expected in Denmark and United States where the Multistate Poker Network has been established.

During the second half of 2015, 888 Holdings introduced their 777 brand, which went on to become a successful branch of the company adding to an overall annual revenue increase of 2%.

On the downside, 888 Holdings’ higher gaming duties and a $14.6 million charge for the failed takeover of Bwin.party in September saw the company get hit by full-year pre-tax earnings which led to a fall by 52% to $32.5 million.

Most notable tax loss has been noted in the UK where the new point-of-consumption tax was introduced. It involves a 15% levy on gambling no matter where the best are made and it cost $30 million compared with $2.1 million in taxes compared to a year before.

The company stated that tax had a “dramatic impact on 888” adding that it was also forcing consolidation across the sectors.

Despite the set-backs, company’s CEO Itai Frieberger, who assumed his position in March 2016, said 2015 was a successful year during which 888 Holdings managed to “maintain the operational momentum”.