When is the Best Time to Enter a Slot Tournament? 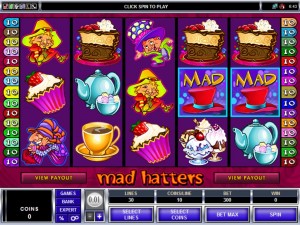 Having made the decision to start taking part in any of the hundreds of different online slot tournaments that are available to you, then you may be thinking of putting together some form of playing strategy much like poker players do when they are getting ready to enter one of the many poker tournaments that can also be played online.

With this in mind we would like to present to you the following slot tournament playing guide that is going to enlighten you as to when may be the best time to enter a slot tournament, if you want any chance of increasing the possibility of you winning a tournament or at the very least getting placed on any one of the often many different prize paying positions on a slot tournaments leader board.

As many slot tournaments only run for a limited amount of time then what you will often find that in the first few minutes of a slot tournament a huge number of the entrants taking part in it will all be waiting for it to start and as soon as the starting timer counts down to zero those players will then all starting clicking away at the slot games start button.

However, it has to be noted that the servers which are used in online slot tournaments are not always as powerful as those running the other real money casino games, and as such it can often be the case that the slot tournament server becomes somewhat overwhelmed with the number of players all clicking on the start button at the same time which can often cause there to be several seconds delays in a player clicking on the start button of the tournament slot to the reels actually responding.

This therefore means that those players can often find they will get much fewer spins during their tournament entry than they would usually get if there was no lag caused by the sheer number of players overwhelming the slot tournament server.

With this in mind when you have entered a slot game tournament make sure that you always wait for several minutes before taking your turn, ideally wait for the initial batch of players who logged in and took their entry once the tournament started to have played off their respective entries as by doing so you will then find there is no lag in regards to the amount of time it takes for you to click the start button and the slot game reels responding, and you will get lots more spins during your entry than those other players would have done!

As all slot tournaments are going to have a certain number of entrants that does mean that when there are fewer people taking part in them you have a much greater chance of winning, and as such for an instant increased chance of winning one of the cash prizes offered on any slot tournament then consider taking part and entering those available in the early hours of the day.

You will still have to get a high enough score to get placed on any slot tournaments prize paying positions on the leader board but by entering those with fewer entrants then your chances of winning a cash prize will increase more so if you enter several of them.

One final type of slot tournament that you may be interested in entering are those known as Sit n Go Slot Tournaments. Now when you come across these types of tournaments they will only have a small number of available places in them, and they have been designed in such a way that as soon as the required number of entrants have entered them then they will start instantly.

Due to their always only ever being a limited number of entrants permitted to take part in them then that does of course mean you have more chances of winning one of them, but do be aware that the prizes available are not as large on some of the other available slot tournaments due to the reduced number of participants.

You will also find a small number of head to head slot tournaments may also be available at the casino you are a member of and when playing in these types of tournaments it will just you playing against one opponent, and as such it is a winner takes all structured tournament, with the winner of these tournaments taking the entry fee (less a small commission) off the loser.

There are many different slot games tournaments available online and as such if any of them that are available are of interest to you then always be prepared to shop around by visiting different casino sites, for many casinos sponsor their own slot tournaments and as such you can often find ones offering some massive cash prizes.

Many casinos that use the same software and gaming platforms will have a network wide range of slot tournaments on offer and it may be worth you looking out for those slot tournaments as many of them are free to enter or offer low cost satellite tournaments and by entering those you can win an entry into a much large paying slot tournament.