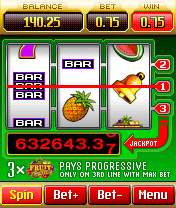 This has of course led to all of the major casino software designers making available a wide and growing number of mobile casino sites that are packed with all manner of different casino games, all of which are completely compatible with Tablet Devices.

How easy is it to use a Tablet Device to play casino games?

The hardest part of getting yourself up and running when it comes to playing casino games on a Tablet device  is actually latching on to a network. If you’re using an iPad, Kindle, Blackberry Playbook, or any other tablet that has SIM capabilities, you want to be sure that you aren’t using the 3/4G services, but something that is going to cost you far less, and that is WIFI!

Some of the less expensive tablets out there don’t actually have a SIM option, making them perfect for youngsters, those that don’t want to be burdened with excessive roaming charges, and of course, those that simply won’t be using their tablet out and about for web browsing. Obviously, to play casino games you do need to be connected to the internet, however, be warned, the initial downloads can be huge, with some games as large as 50+mb!

So, when it comes to the initial download, make sure you’re downloading through your home based internet connection if you can. The actual casino app isn’t the whole casino, complete with the suite of games, it is merely a shell. Imagine walking into a land based casino, and it’s empty. That is essentially the app.

This however, does save a lot of space and bandwidth, which isn’t a bad thing, for you only download the games you wish to play. When doing the initial set up, complete with downloading, I suggest you download a fair few games, and a variety of slots, card games and roulette. As you are on a WIFI network, it’s costing you nothing bar your internet bill, it’s faster, and it gives you a little variety for when you’re out and about without having to download extra games through your 3/4G connection.

Playing the games on your tablet is actually pretty easy. Everything is laid out nearly identical to the desktop version however your finger is the mouse. All you need to do is launch the app, open the game, and hit the relevant buttons, be that the Spin on slots, the Deal and Draw on card and table games or the Roll on dice games.

Once you have set the game in motion, you’ll send a piece of code (generally no more than 100 characters) and in response, you’ll receive a code (between 150 – 500 characters). You’re not streaming graphics, as they are already stored in your device, it’s the 150 – 500 characters you receive that decide whether you win or not.

What are the benefits of playing casino games on a Tablet Device?

The benefits of playing slots on your Tablet are pretty self-explanatory. A bit like doing your online banking, checking your email, ordering your shopping. You can do it on the go, you can do it discreetly you can even do it in the bath if you want to!

The possibilities are truly endless, as long as you have a connection to the internet. Sat at the airport and bored out of your mind? Log in and play casino games to alleviate that boredom. Doing the daily commute home from work? The why not have a few hands of Blackjack?

On your lunch break with 15 minutes to spare? Then you could always have a few spins of the Roulette wheel. There are a few other benefits to playing on your tablet also. Firstly, the games are compressed to ensure they are small.

You won’t lose out on the quality, as the games a redesigned to fit around the tablet all you’re doing is saving space on your computer. Secondly, the games are stored locally (on your tablet), meaning unlike instant access casino games, you aren’t streaming using Java at the back end, thus saving you bandwidth.

The important thing about bandwidth is that it’s like gold dust in the internet age. Everyone’s using it, and there’s only so much space for individual users, so unless you’re physically attached to the Microsoft Head Office internet connection, you’re going to have to use the internet like the rest of us mere mortals.

Another advantage to using your tablet for online gaming is the fact that you can ensure that your casino gaming is completely secure. Not so much in the cyber nasties, or STI’s (Surfing Transmitted Infections), but you can set up locks for individual apps, so you’ll never have to worry about someone else playing with your credits!

It is certainly going to be child’s play getting online and playing whatever casino games are your own personal favourites, however much like when you are choosing which casino at which to play at on a computer or laptop you should always stick to those sites offering a well known software platform and stick to playing at casinos that are licensed and fully regulated.