Slots that are Cloned Copies of Previously Launched Games 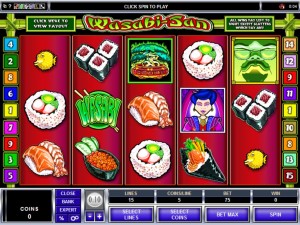 Have you ever been playing an online slot game and have been convinced you have played that slot before, although you haven’t? Well if you have experienced such a phenomenon then it is probably down to the fact that many slot game designers have launched slots which are not new and unique but are simply clones of other slots they launched previously!

However, to give them a unique type of feel, the designers of these cloned slots will give the reel symbols a makeover so they are not the same as the original slot, and they will also give the backdrop of the slot a new look and design.

One thing that will enable you to instantly recognise a cloned slot game is that the pay table will award the same set of winning payouts, albeit for a different set of reel symbols, and the bonus game or bonus games which can be triggered will all play the same way!

Today we are going to take a look at a set of slot games which are available to play at all Microgaming powered casinos, these games are found in the download gaming platforms and as you are about to find out, the only thing that differs on these slots are the reel symbols, the slot games name and the back drop of the slot!

Microgaming does have many slot games which are perfect clones of each other! One slot game which has spawned a couple of cloned slot machines is their Mermaids Millions slot game. This slot comes with an under the sea type of theme and when you are playing the base game you could spin in a set of three bonus symbols and be awarded with a bonus picking game. Or by spinning in three or more scatter symbols a set of free spins will be awarded to you instantly.

This slot machine has always been a very popular choice of slot for players logged into any Microgaming casino, for it offers players a higher than average payout percentage. In fact the certified and fully published payout percentage of this slot is 96.56% so you can instantly see why many players flock to give it some real money action!

As the Mermaids Millions slot game proved to be such a success and a much sought after slot by players, Microgaming decided to design anther slot game but one that has exactly the same playing format, engine and structure as that slot game and as such they designed the Bush Telegraph Slot.

Now on the face of it when you first see this Bush Telegraph slot you will think everything about it is unique, however do give the pay table a click and you will see the payouts listed on the reel symbols are identical to those on the Mermaids Millions slot, except of course the reel symbols are different!

Instead of an underwater type of theme the Bush Telegraph is a Jungle themed slot game. The payout percentage on offer on this slot is of course identical to the one found on the Mermaids Millions slot as are all of the bonus game payouts that you could end up winning if you choose to give it a whirl!

There was a short gap in between Microgaming launching the Bush Telegraph slot game and another slot cloned on this and the mermaids Millions slot game. But the time did arrive when they launched their supposedly brand new Wasabi San slot game which comes with an Asia type of theme and much like the other two cloned slots this game offered the same number of paylines and the same long term expected payout percentage.

Not only that but the same number of free spins can be awarded to players once they spin in three or more scatter symbols, and whilst the bonus game you can trigger on this Wasabi San slot will see you picking fish off a market stall, the actual payouts you can be awarded with as that picking game is playing off are identical to those found on both the two previously mentioned cloned slots!

There are not many pros and cons of playing a cloned type of online slot game. The one main advantage we suppose is that if you are playing a slot which is a copy of a higher paying slot and one which comes with a higher than average payout percentage then you should get plenty of fun and winning chances out of playing that slot or the original version!

The downside of playing cloned slot is that you are never going to come across and new type of base or bonus game features nor will you be playing slots offering new animated and bonus reel symbols and reel based bonus games!

Never be put off actually playing a slot which may be a copy of another slot game, as you may find that when playing one of them you get onto a winnings streak! That said there are a lot of a brand new slot games being launched which offer brand new playing features and playing structures, so always be prepared to try something new!

Should you be playing a slot game that does somehow feel familiar to another slot you have played in the past then take a look over the pay table, checkout how the bonus game works and operates and then compare it to your usual slot games, for there may be a good chance that the slot you are playing is a cloned copy of another slot!