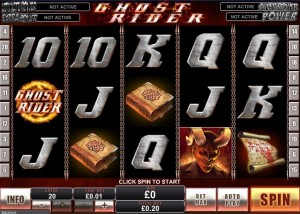 By logging onto any of our featured casinos that use the state of the art Playtech Software, you are going to instantly have access to one of the most impressive and varied selections of slot games. If you do enjoy having the occasional online slot playing session then you will of course need to locate a slot that is going to be structured in such a way that you enjoy playing it!

You will often find that many video slots especially will come with at least one type of bonus game feature round, and in most cases those slots will award their respective bonus games by you having to spin in a certain number of scatter symbols or you may be required to line up a set of special bonus game awarding reel symbols on a certain payline.

Whilst slots that offer a set of bonus game awarding scatter symbols can award their respective bonus game quite often, you will often find you experience lots of near misses, those being base game spins on which only two scatter symbols spin into view.

However, Playtech have very recently launched a brand new range of slots and when playing these new slots the way in which you are awarded with their slot game bonus games is by you spinning in a set of symbols and saving them up during several base game spins.

These types of slots have what is known as a Collective Feature attached to them, and if you are looking for some slightly more exciting online slots to play we can highly recommend these particular slots to you. Below you will find all of the current crop of Playtech designed slot games which do have a Collective Feature attached to them, so keep on reading to find out just how those bonus features work and what they will offer you if you choose to give any of them a whirl!

The first recently launched slot game from Playtech on which you are going of find a collective feature is on their Cute and Fluffy slot game, which is a very easy to play slot and one that comes with something of a laid back, feel good type of theme.

There are a set of Bonus symbols which can be spun in and whenever they do make an appearance on any one of this slot games five video reels those symbols will drop down the screen and land in a bowl underneath each reel.

As you play the base game when you get four of those bones spinning in and have filled the bowl underneath one or more of the reels with four of them a set of free spins will start to play out. If you do play this slot and get lots of those symbols spinning in you will be amazed by just how many free spins bonus games you then end up playing off!

Another slot that you should allocate some time to play of you do fancy getting stuck into a video slot game on which a collective feature can be found is the Fairy Magic slot. You need to see spinning in several times a Fairy symbol on any one of the reels attached to this slot game, for each time one of them appears a Star will drop down the screen and will start to accumulate underneath that reel.

By getting four of the Star symbols forming underneath any one single reel a bonus winning payout of four times you total base game stake amount is awarded to you, and then you get to instantly play off a set of five free spins.

As a bit of a bonus should you spin in any Fairy symbols during the bonus free spins round you are playing off during the bonus game instead of them dropping Stars down the screen those symbols will in fact award you with additional free spins! So the more of them that spin in the more chance you will have of winning big!

One slot which has a very different collective feature than those slots mentioned above is the Ghost Rider slot game from Playtech, this slot will force you to have to spin in on each of the five reels over any sessions you play to this slot the Rider symbol, and when it does spin in on the middle position on any reels that reels becomes highlighted.

When all five reels have one of those Rider symbols spinning in you then will be awarded with this slot games bonus round. If you stop playing this slot and have highlighted any of the reels those reels remaining activate and highlighted when you next decide to play this slot online!

To play any of the above slot games you simply need to sign up to any of our featured Playtech powered online casinos and by doing so you can then give any of them as much play time as you like without having to spend a penny, as they all have those slot son offer as free play games.

By playing them for free you will see how those collective features work and will be able to judge for yourself whether the features are more exciting to trigger than in the usual way of having to spins in sets of bonus symbols or scatter symbols.