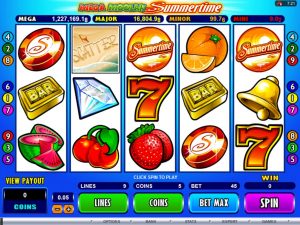 As you visit more and more casino websites you will notice that often plastered all over such sites are lists of players who have won often some life changing amounts of cash when playing all manner of different games at those sites.

In fact, we have seen some casino sites that will also, in addition to listing the value of the jackpots won and the name of the game or games those players won big playing, list the names of the players who won a mega amount of cash too.

One thing that we have noticed however is that at some online casino sites it does appear to be the same players who appear to be getting all the luck in the world! However, it is often if not always the case that those are the players that are playing for the highest stake amounts, and as such they are much more likely to win more and bigger cash prizes when playing for higher stakes than the average player can afford to play for!

You will therefore be wondering whether it is possible to win a huge amount of cash at an online or even mobile casino site when you play for some much smaller and much more modest stakes, and below we are going to be enlightening on just which games you should be playing if you do want to win big but when playing for smaller stake amounts!

One category of casino game that we do think you will be best off learning more about are a range of slot machines that come with a special feature, that feature being something known as a random jackpot feature.

Those jackpots are either randomly awarded to players at the end of any paid for base game spin played off and for any stake amount, or they could be awarded to players when they have triggered some form of bonus game or bonus feature.

Being multi stake games and ones which do offer plenty of ways to win and win big there are plenty of them available in all playing environments so do be on the lookout for them when you next fancy playing slot games!

However, one thing that you do need to be aware of when playing such games and when placing those additional and optional side bet wagers is that by placing them and having them in play you are often increasing the house edge of those games.

If you choose to play casino card games such as Blackjack and Baccarat then you will rarely have the chance of winning big unless you are playing for high stake amounts or if you are lucky enough to go on something of a very long and extended winnings streak!

So with all of the above in mind make sure that you do always pay careful attention to the casino game you do play, for you are going to have plenty of choice in regards to just which casino games you can play and in which playing environment you choose to play them in too!

However, always ensure that you do play responsibly and only ever play with money you can afford to gamble with, but above all else always have fun when gambling and if and when the fun stops then you should stop playing and gambling too!