Are New Slots Configured to Payout More than Older Slots? 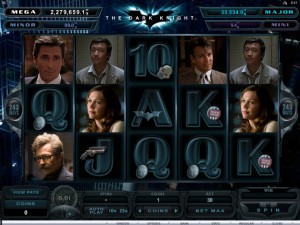 There is always something of a battle going on between Online Slot Game Designers, for each designer is going to be very eager to put together a slot game that will appeal to players and get them playing those slots more than any other.

It can often take many months to design a slot game completely from scratch and get it to the point where it is ready to go live, and lots of unique aspects of each new slot game need to be fully tested to ensure that slot works, plays and pays exactly as it has been designed to do.

There are a number of things that are going to attract players to any new slot game that goes live, the theme of the slot is usually one aspect of the game that draws players in, however it can often cost a lot of money to theme a slot around a film, book, celebrity or sports team and as such you will not find lots of fully branded and licensed slot games being released during the course of a year!

The main draw and lure of a slot machine is often down to the Long Term Expected Payout Percentage that the slot has been designed to return to players over the long term. The higher the RTP is the more times when playing it a player is going to win, and players do tend to remember winning sessions more than losing ones, so this is one aspect of designing any slot game that needs to be carefully considered.

The very first slot game designed in the Tomb Raider series was the Mark I version of the slot, this game has actually become one of the most played slots found in the gaming suite of Microgaming Software Powered Casinos, and is also one of their most popular slot tournament games.

The original slot was designed to return to players over the long term a payout percentage of 95.22% which is a fairly high paying slot game that will appeal to many players. However, when Microgaming launched the second slot in this series that being the Tomb Raider Secret of the Sword slot game they chose to give that game a long term payout percentage of a slightly increased 95.23%.

So in regards to the Tomb Raider slot series it is true to say that the newer slot does come with a higher RTP although of only a fraction of one percent!

Microgaming have another set of slot games which both share the same type of theme and these are their range of two Thunderstruck slot games, both of which get a huge amount of action at all casinos powered by this very well known software and casino game designer.

Once again there are some noticeable differences in regarding the way these two slot games have been designed, more so the long term expected payout percentages attached to each game.

The original Mark I version of the Thunderstruck slot game has been designed to return to players over the long term an RTP of some 96.10%. However, the second game in this series that of course being the Thunderstruck II Slot Game does come with a noticeably larger RTP and that RTP is 96.65%.

Whilst you may think that half of one percentage point difference in the long term payout percentage is not going to make much difference, the longer you play either of these two slots the more apparent it will become, and as such you are best off playing the second slot in the series if you want long playing sessions and the chance of winning big!

As you can see from the couple of examples that we have given you above, the new slot games that have been recently launched by Microgaming does boats slightly higher and increased long term payout percentages. But do not be under the impression that this is always the case for some slot games which may or may not be part of a series that have recently been brought online may not necessarily come with higher RTP’s that some of the more established slot games.

It should also be noted by slot players that not all slot game designers or online casinos will make known their long term excepted RTP’s of their slot games, and some game designers treat this information as top secret!

However, more and more online casino license issuers and gaming authorities have started to demand that any license holder of theirs will display somewhere on their website the full list of games and alongside each of them they must list the RTP of that game. So finding out just how high paying a new or old slot game is easily at casinos licensed in certain jurisdictions than others!